New research underpins changing fitness paradigms in both the Kingdom of Saudi Arabia and the United Arab Emirates, with these finding’s Fitness First introduce their newest campaign EmpowerME. 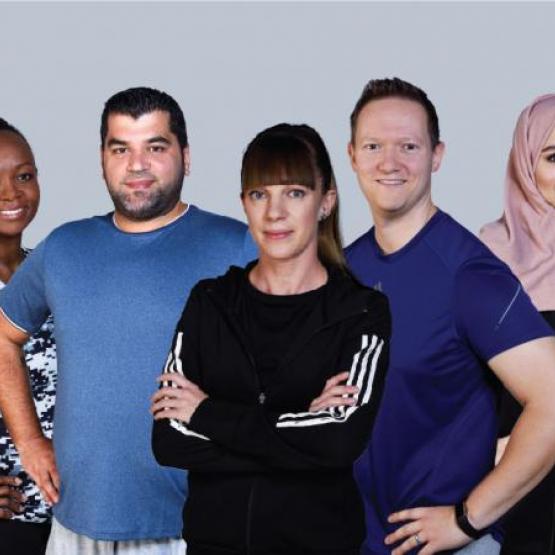 When the Kingdom of Saudi Arabia announced Vision 2030, it highlighted a seismic shift in the country’s ambitions.

One element of Vision 2030 showcased its aim to shift citizens’ attitudes – including increasing the number of individuals exercising once a week from 12 to 40 percent.

Looking eastwards, the United Arab Emirates – the second largest economy in the Arab world with a population of 9.1 million – was ranked by the World Happiness Report in 2016, as the region’s happiest nation. Yet consideration over the nation’s health and fitness are growing after the World Health Organization revealed that over 36 percent of the UAE’s children suffer from obesity.

Yet change is afoot. New research undertaken by Fitness First, underpins the changing health and wellness paradigms in both of these countries.

The study showed that 67 percent of male respondents now have specific goals in mind for their fitness, with popular options being to build muscles and ease stress. For the female respondents with specific goals, 68 percent say they exercise to lose weight, with this in mind Fitness First are set to launch a series of Ladies Only facilities in KSA which will offer an array of classes including Zumba, 6D, TUFF, BodyPump and Yoga, lifestyle services such as nutrition consultations, the best in class equipment, and expertly trained international female trainers to help women be inspired and empowered by fitness. Fitness First provides women with a social environment that encourages health, fun, fitness and friendship.

In a sister study[2] in the UAE, 71 percent of UAE residents said that having an active life was very important. Over 43 percent of these respondents had a body mass index score classed as ‘overweight’ – and a third admitted to exercising less than once a week. And whilst different nationalities listed a myriad of reasons for aiming to exercise, managing stress, work pressures and anxiety and a busy lifestyle, were key challenges for 28 percent of UAE residents. Therefore, in the UAE, it’s not all just about physical fitness but mental and overall wellbeing that play a huge role.

Within the UAE, 20 percent of those surveyed cited ambience and layout as a key driver for gym preference. Ambience was also key driver for respondents In Saudi Arabia, with 18 percent citing this as their primary preference. Exercise classes took second place, with 15 percent of the vote. Another key driver amongst those surveyed in the UAE was convenience, such as distance from a gym and overall, walking remained the key activity and a starting point on the journey to fitness for most, with swimming also being a desired activity amongst Arab’s and Arab expats. The latest equipment also scored highly on the list of priorities for those looking to join a gym.

Respondents in both surveys cited concerns over children’s health due do a lack of outdoor options, a poor diet and general sedentary lifestyle, with parents striving for their children to be more active and seek out social activities that encourage physical activity.

In line with these findings, Fitness First has launched its EmpowerME campaign, to promote fitness at all levels, for all users, and increase general health and wellbeing for citizens across the region. To align with this research and recent GCC government initiatives to encourage people to lead an active and healthier lifestyle, Fitness First are supporting its members by offering support and training plans on a number of their platforms and a full suite of events for every fitness level. Fitness First have services including innovative clubs, catering to all needs, classes specifically for women, and diversified programmes like XFit for those looking for a specialised fitness experience, as well as programmes for kids, such as Swim Academy, Liverpool Football Academy, XFit Kids, to inspire younger generations whilst educating them on the importance of leading an active and healthy lifestyle.

Exciting, inventive EmpowerME workouts are held every week, across all clubs, offering something extra for members, exclusive offers will be available, encouraging everyone to experience the fitness movement. Fitness First will host social media competitions across its platforms, and offer consumers the chance to win an array of health and fitness inspired prizes. EmpowerME will finish with and an exciting, GCC wide event which will take place across all markets with the intention to break a Guinness World Record.

The Middle East’s biggest health & lifestyle provider, offer’s internationally qualified staff members to support and mentor members (new and existing), and the latest in fitness innovations, and unique exercise classes supplemented by holistic therapy and nutritional advice. The clubs also feature convenience - a key driver of preference in both Saudi Arabia and the UAE -  in the form of an International Passport whereby members can utilize other Fitness First clubs across 6 countries should they travel. In the UAE Fitness First currently has 34 clubs with another club in the pipeline at Zero 6 Sharjah. In Saudi Arabia, their portfolio includes 6 Male only clubs presently and 2 female only clubs set to open later this year in Gallery Mall, Riyadh and Thumama, Riyadh. These developments compliment their new campaign’s key message – to join the largest fitness movement in the middle east and be empowered by fitness.